Giving as a Way of Life 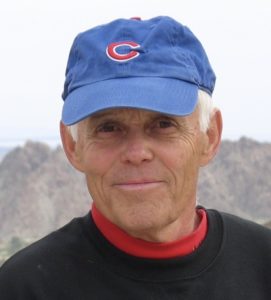 Over the last 50 years, Lacasa’s growth and impact in Elkhart County would not have been possible without the support, through both relationships and financial, of the community. Myrl Nofziger has believed in Lacasa’s mission and work with the community since the organization’s beginning. “I’ve had the good fortune to be involved [with Lacasa] since day one,” said Myrl. His support of Lacasa began with the relationship he built with Moses Beachy and continued on with its leaders, through Arden Shank, Larry Gautsche, and now Chris Kingsley. Myrl shared, “It’s been more than just a development relationship. It’s been a true friendship.”

Myrl’s passion for giving and philanthropy started with his father. “My dad was a very strong believer in tithing,” said Myrl. “For him, tithing was not necessarily one-tenth of your income. Tithing meant above and beyond for him.” This principle has stayed with Myrl throughout his life. “It’s the old cliché, you give and you get. I’ve received so many blessings from being involved with so many [non-profits].”

Lacasa’s mission to provide opportunity resonates with the principles Myrl was taught and lives out today. Myrl shared, “I’m a strong believer in giving everybody a chance for homeownership and, if they really want to come to the U.S. and be a citizen, I’m a strong advocate for that.”

“Nowadays, there are so many more opportunities to give that it gets hard to decide,” Myrl said. “There’s continuous ongoing relationships [with clients we serve] and that is why I like Lacasa.”