Many are surprised to hear about the impact of lacasa’s Roosevelt Center on South Central Elkhart. Since being repurposed and acquired by lacasa in 2007, the vision for the building has been both to offer high quality affordable housing and to be a hub for positive opportunities to the surrounding community. Both of these visions are ongoing realities. 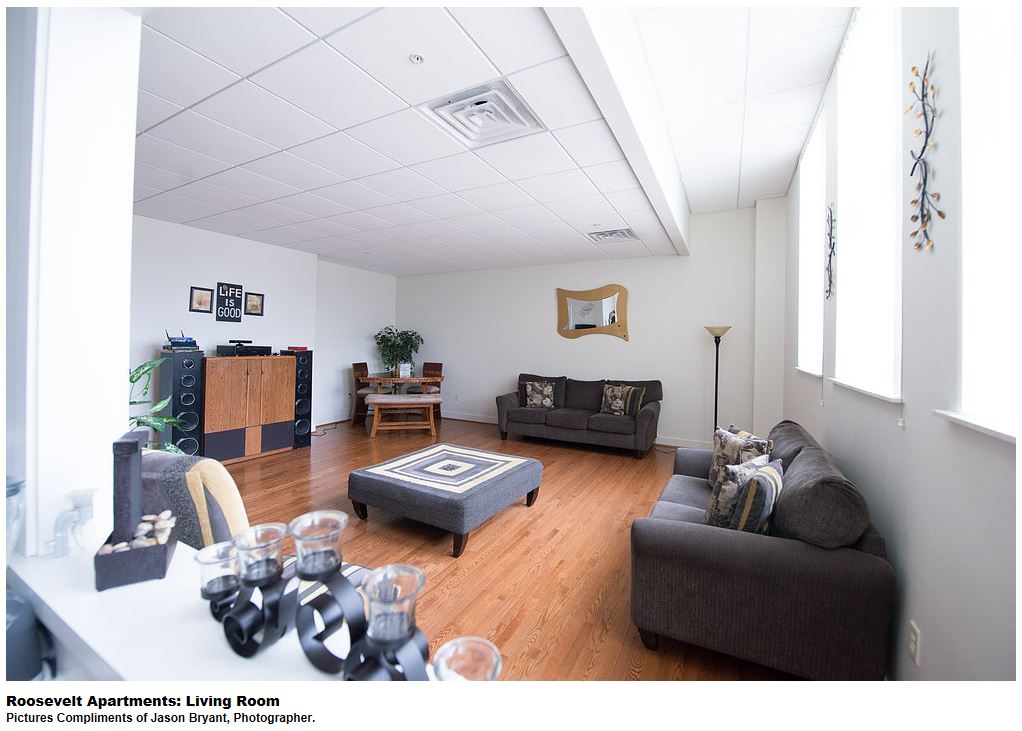 In October, we told about the great work that Pam McGregor, lacasa’s Resident Services Coordinator, is doing at Roosevelt Center. This time, we want to highlight other great things happening in its commercial spaces. The neighborhood benefits from the efforts of several passionate nonprofits whose activities take place in the building.

On many Saturday nights, the Roosevelt Center gymnasium transforms into the Decio Theater, as My Hood Needz Me and Southside, Inc partner to offer movie nights to the community. This program, started through a gift from Art Decio in 2015, offers a positive social experience for local youth and adults. Popcorn is provided!

On December 10, lacasa’s own Kevin Morris offered his talents as Santa Clause at the Roosevelt Center in an event that raised money for the families of victims of gun violence in Elkhart. The event was organized in partnership with Demond Smart, a resident of the Roosevelt Center, who has made it a personal mission to fundraise for this cause. Said Kevin about his role as Santa, “I love having the kids and talking to them. It gives them something to look forward to.” 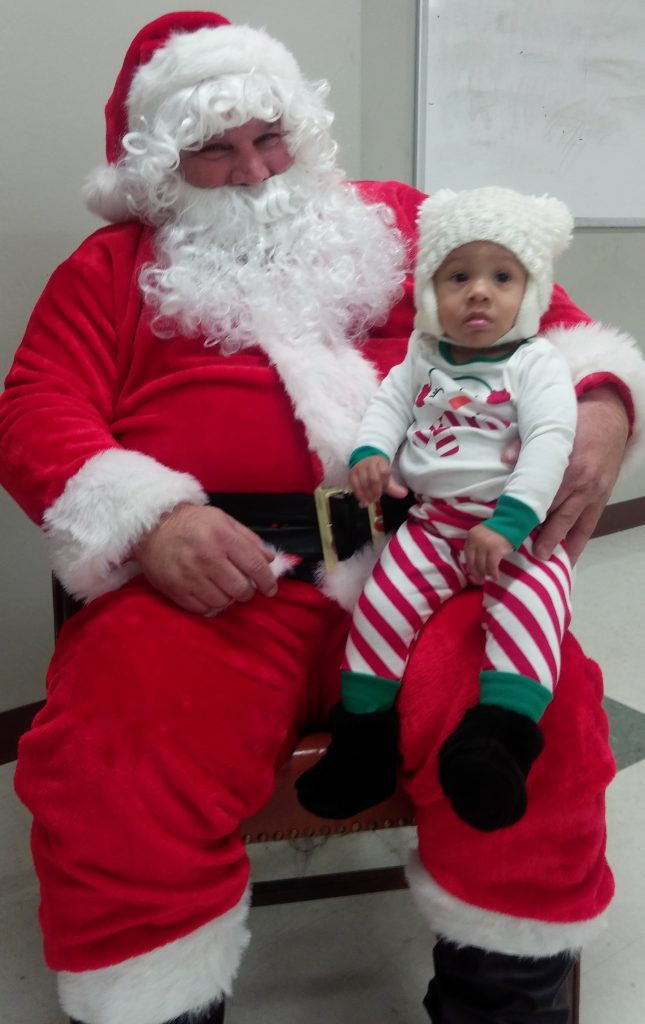 Santa and a child at Roosevelt Center

On December 18, SouthSide, Inc. hosted its Feed My Friends meal and coat give-away event. Many people from the community came to enjoy a good meal and fellowship. Those who had need were able to select a coat for themselves and/or their children to get them through the cold winter. In all, 600 coats were donated to families in need. 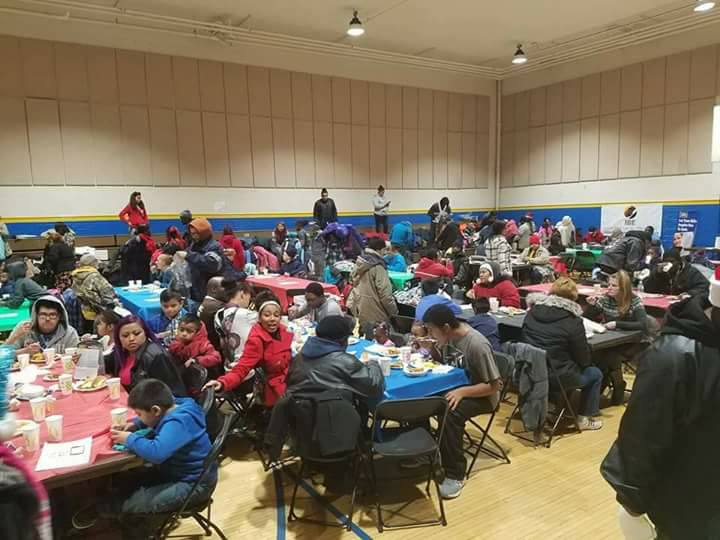 In addition to these events, several regular services are offered at the Roosevelt Center. Bashor Children’s Home runs an alternative education program for elementary-age kids from the Elkhart School system out of the west wing of the building. My Hood Needz Me offers a mentoring program and a fitness program onsite. The Ballers 2 Scholars program has offered an AAU-type basketball experience to area youth in past years. 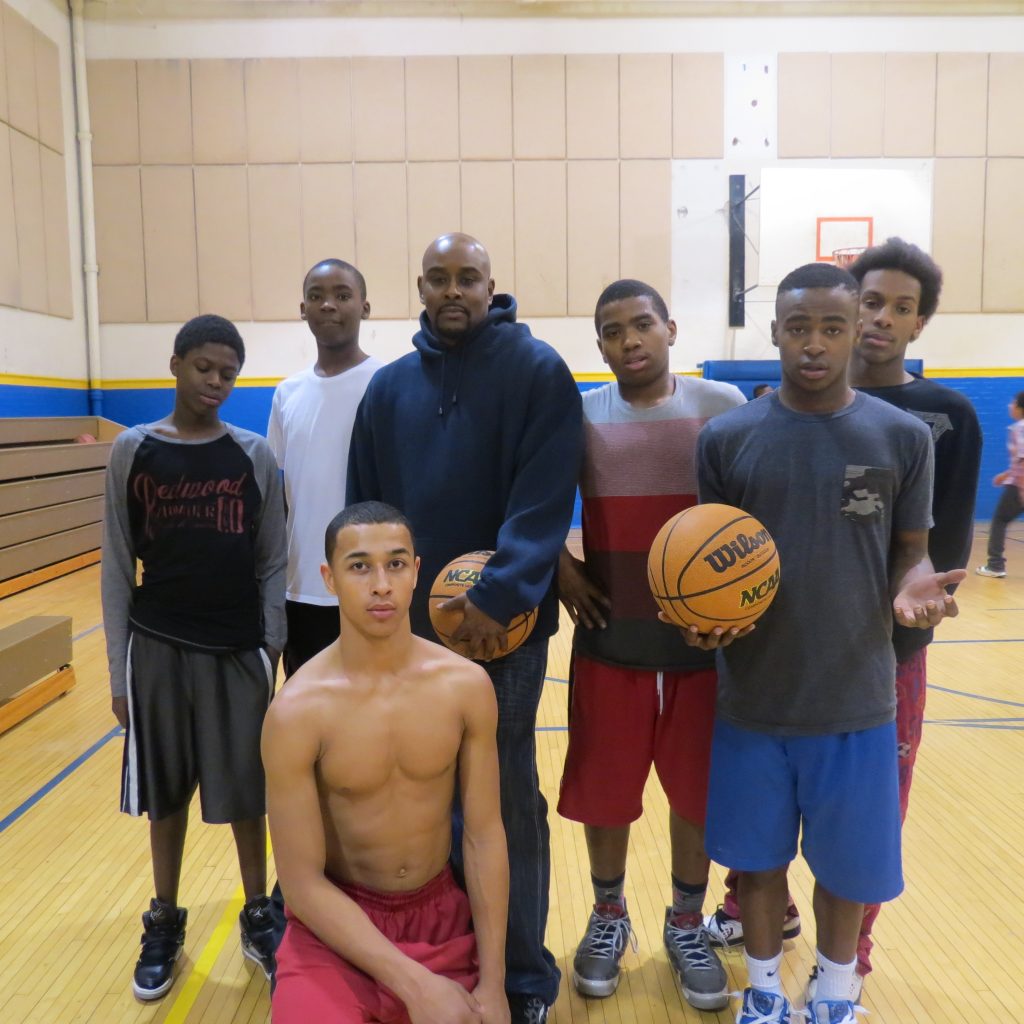 Some of the athletes in the Ballers 2 Scholars program

Because of the focus on mission-based activities, offering commercial space at the Roosevelt Center relies on donations and/or sponsorships from philanthropic individuals and organizations. Consider supporting this by making a general donation to lacasa or contact Chris at [email protected].

Make a general donation that supports lacasa’s work in Elkhart