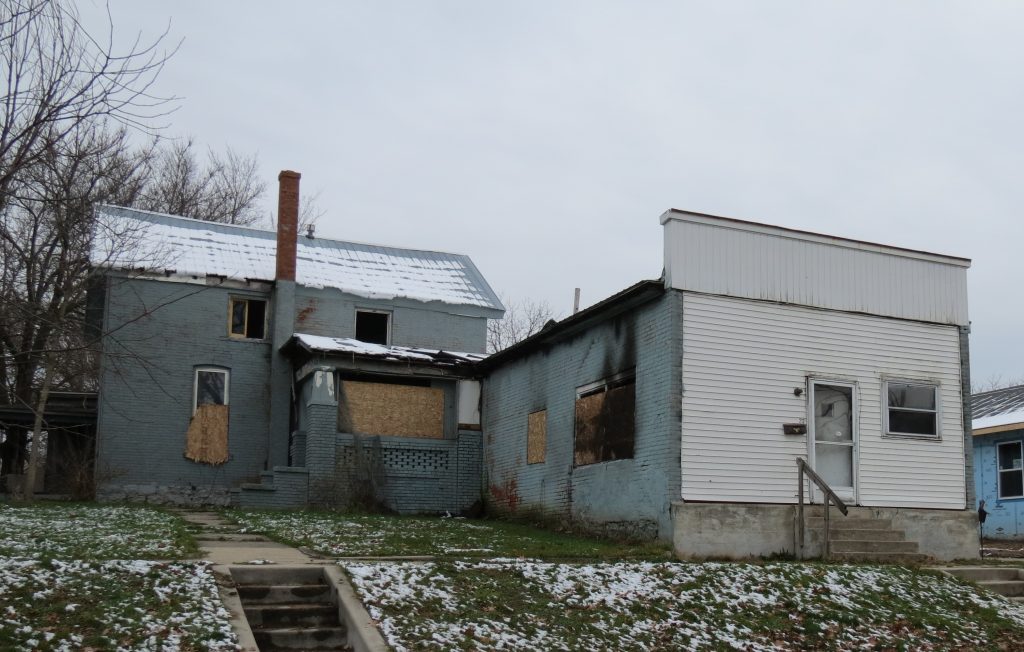 Long-Time Problem Property in Chamberlain Neighborhood of Goshen Comes Down 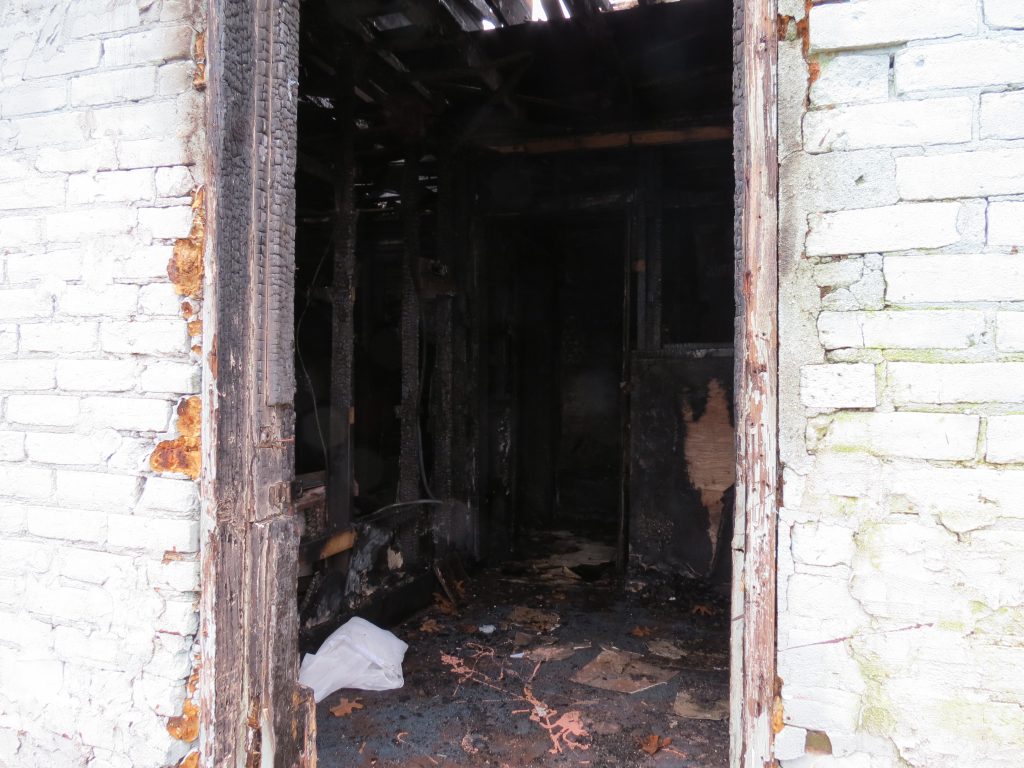 It’s what’s inside that counts…

Added President Larry Gautsche, “Elkhart County is one of the smallest communities in Indiana to successfully utilize blight elimination funds.  lacasa is pleased that we could partner with the County to secure resources to address this problem property, along with 100 others, throughout the County.”

“lacasa has had a long-term partnership with the Chamberlain Neighborhood and Goshen City to create a neighborhood of choice; a neighborhood that attracts families who want to build their future here and contribute to our community.  Blighted properties are being removed, new homes are being built, and older homes are being renovated.  Demolition of this hazardous structure and replacing it with a new home is just one more step in the process of creating an even more attractive neighborhood.”

lacasa plans to build a new single family home in this lot in the new few years. This will compliment a new Habitat for Humanity home that is being constructed next door. 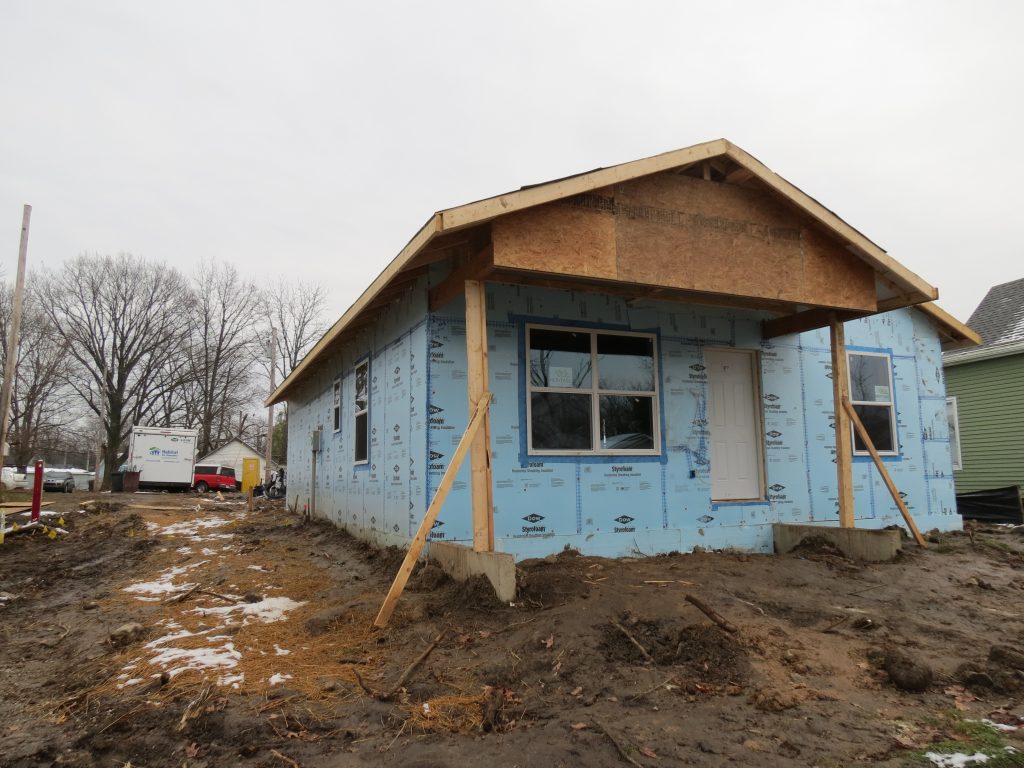 A Habitat for Humanity home will soon be completed next door

Removing blight is a critical part of neighborhood revitalization. lacasa’s BEP involvement is making a big difference, especially in Elkhart and Goshen. 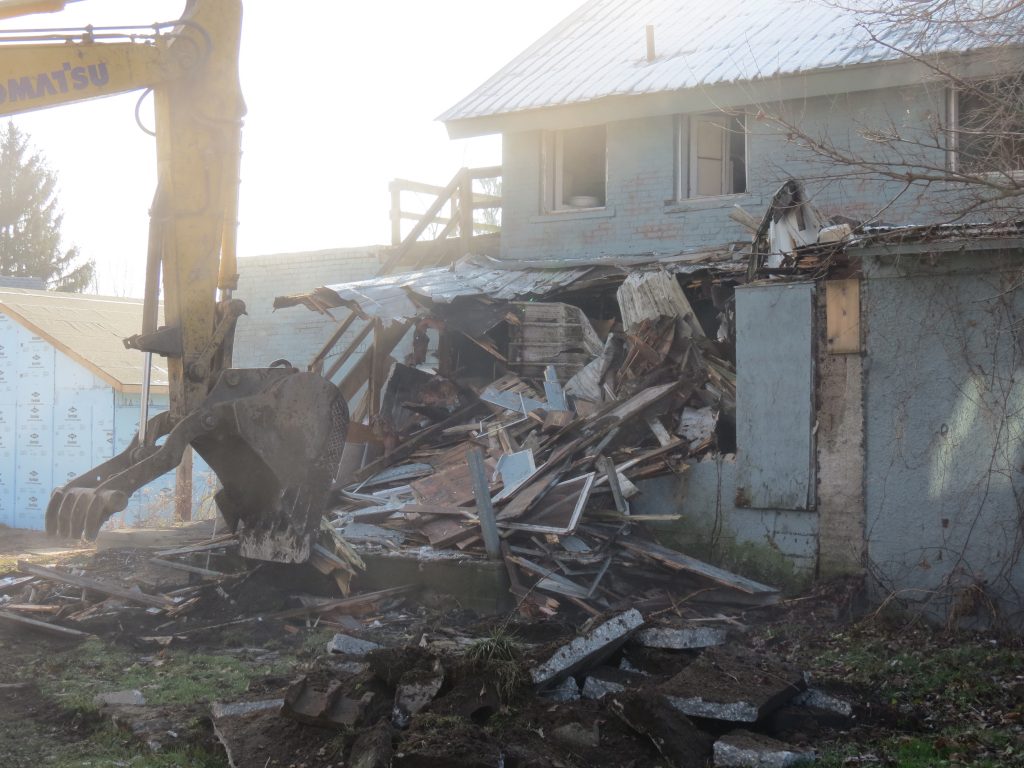